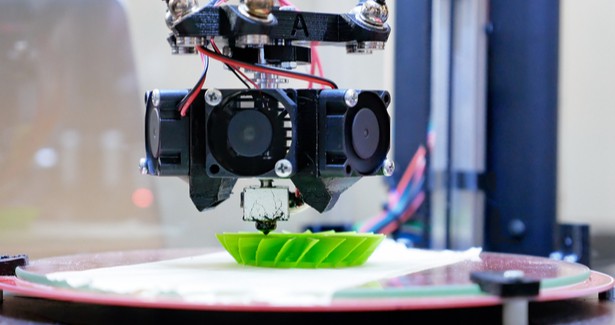 The aerospace industry can be a bit of a contradiction. It is an industry built on (and, indeed, requiring) innovation, yet it can be surprisingly resistant to change. Some of that resistance is well founded, as the standards in aerospace are some of the most stringent and exacting in any industry; and the safety, security and feasibility of any new technology needs to be thoroughly vetted before it can be implemented on a wide scale. But aerospace is a business, and businesses are always looking for ways to improve efficiency and lower costs – and in the case of aerospace, to increase safety and security on the ground, in the supply chain and in the air. In this post, we’ll discuss a handful of the technologies that are poised to disrupt aerospace in 2018.

To provide some context for the technologies disrupting aerospace, let’s talk about the most important factors driving aerospace innovation right now.

Though formerly more on the fringe, green aviation practices are increasingly the standard, thanks in part to changing mindsets, global agreements like the Carbon Offset and Reduction Scheme for International Aviation (CORSIA), and the dovetailing of green aviation concepts with more concrete business needs – such as increased fuel efficiency and cheaper, lighter building materials.

Rampant growth in the emerging aviation markets of Asia-Pacific and the Middle East has increased the number of aircraft orders, creating a large backlog for all the major aircraft manufacturers. To meet the expectations of clients and to make a dent in their backlog, the OEMs are working diligently to increase their delivery numbers however they can.

The huge increase of aircrafts has created a shortage of skilled mechanics and repair professionals in the maintenance, repair and overhaul (MRO) industry, leading to large-scale delays and repair backlogs.

What Technologies Are Disrupting Aerospace in 2018

These aren’t the only technologies that are changing or have the potential to change aerospace, but they are some of the most exciting and – we think – the most promising.

Blockchain is one of the more wide-reaching disruptive technologies in 2018, with proponents across vastly different industries – from health care to robotics – attempting to determine useful applications. Blockchain is a decentralized database of transactions that are visible to everyone in the network and unchangeable once the transaction has been completed. Being decentralized makes blockchain much more secure than current databases, and the transparency that it provides would be a boon in the aerospace industry, where many different parties have a hand in manufacturing, assembling, operating and repairing the various aspects of an aircraft. Being able to see the journey of a single part will increase accountability and will vastly improve traceability.

For a more in-depth overview of blockchain technology, read our blog post on the topic.

Additive manufacturing, or 3D printing, is the process of creating 3D components by depositing various materials layer upon layer. This process has a number of exciting advantages over traditional manufacturing methods:

Artificial intelligence – and its offshoot, machine learning – could have a number of applications in aerospace, but the most promising application currently being utilized is predictive analytics, which allows algorithms to compare historical usage and repair data as well as real-time reporting to determine the most likely repair time frame, reducing routine maintenance needs and creating smarter maintenance schedules.

Augmented reality (AR) is a technology that superimposes a computer-generated image over a user’s view of the real world. AR is currently being used to ease the strain of the MRO shortage by having experienced mechanics remotely train or even collaborate with students and newer recruits, using wearable AR devices. Recently, AR software provider, Upskill, whose Skylight software has been implemented at multiple Boeing locations, reported that its program “resulted in a 25% reduction in wiring production time and lowered error rates to effectively zero.”

Digital twin technology creates a virtual replica of a physical asset, which can be studied by experts remotely to determine the status of the actual component. A digital twin of an airplane engine can tell engineers on the ground how the engine is running, reporting real-time data on temperature, pressure and airflow rate. Engineers can compare the real-world data to its digital twin, and if the two data sets don’t match, the engine may require servicing.

Keeping Our Eyes on the Future

With the rapid pace of innovation, it’s possible that the technologies that will change the face of aerospace haven’t even been invented yet, but the five disruptive technologies described above present an exciting possibility of how the aerospace industry can use existing technologies to radically improve the way we address our current challenges.

The Latest in Aerospace Technology: Biofuels, SpaceX Travels and More