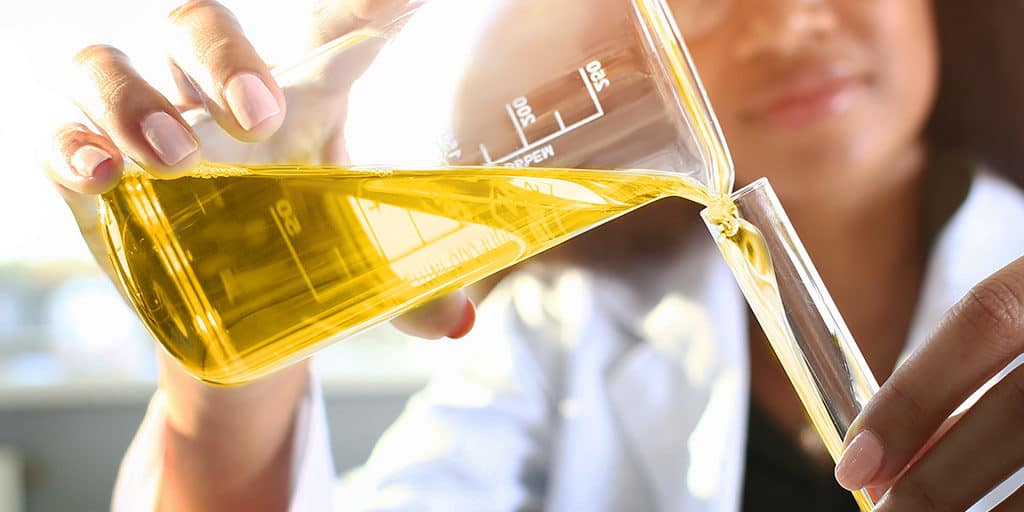 As aviation continues a historic boom, jet fuel prices continue to rise, and the threats of irreversible climate change loom ever nearer, aviation researchers are looking for sustainable fuel alternatives to increase efficiency and lower the carbon footprint of individual aircraft and the industry as a whole. And sometimes, they find promising solutions in really unexpected places.

We’ve heard about a lot of odd materials being used to create biofuels — from algaes and used frying oil from restaurants to Greek yogurt and sticks and twigs leftover from logging operations — but researchers are now developing a sustainable fuel that is derived from animal fat — specifically a meat processing byproduct known as beef tallow.

While there are significant environmental benefits to the aviation industry developing more sustainable and renewable fuel sources (the aviation industry contributes 2% of the world’s total greenhouse gas emissions), and new international regulations (namely, CORSIA) will in fact require aircraft to operate more efficiently moving forward, it also makes a lot of financial sense for the industry to lean more on biofuels. While oil is valuable enough to fight wars over, it is also a volatile commodity that can put airlines in difficult positions when prices spike. And though it may seem plentiful now, there is only so much oil on the planet, and eventually, it will become scarce. Finding a renewable source of fuel is smart planning for the future, and depending on the source, biofuels can also be produced much more cheaply than traditional fossil fuels — especially if they are being derived from something that had previously been considered waste!

One of the first refineries to successfully convert beef tallow into a biofuel is AltAir Paramount LLC, in Los Angeles. The company has been working with the U.S. Department of Defense since 2011 to convert fats to fuel, and has also produced jet fuels from chicken fat and hemp. Earlier this year, AltAir was purchased by World Energy LLC, one of North America’s largest biofuel suppliers, and after the merger, has a production capacity of more than 245 million gallons of biodiesel and jet fuel.

In response to CORSIA as well as market pressures, many airlines have already announced ambitious carbon reduction goals. JetBlue, Cathay Pacific and United Airlines are all aiming to cut their emissions by half from 2005 levels. With continually increasing supply capacity, advances in technology, and shifting attitudes driving market demand, it’s only a matter of time before biofuel mixtures become the standard for commercial aviation.  In fact, as of June 2018, more than 130,000 commercial flights have already been powered by biofuels. That’s a shift we can really get behind.